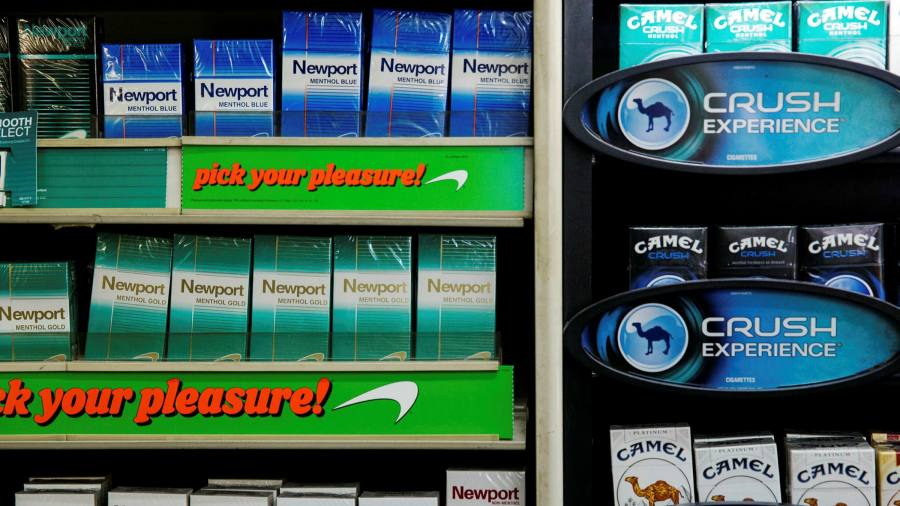 US regulators have proposed banning menthol cigarettes, targeting a flavour that makes up roughly a third of total sales in the country, in an effort to snuff out tobacco-related illness and death.

The Food and Drug Administration on Thursday said it would draft product standards next year that, if approved, would ban cigarettes that taste of menthol, the only flavour additive still allowed. It also proposed a ban on any type of flavourings in cigars.

Mitch Zeller, director of the FDA’s centre for tobacco, said new flavour standards would “reduce cigarette and cigar initiation and use . . . help save lives and improve the public health of our country as we confront the leading cause of preventable disease and death”.

Menthol cigarettes have for decades been marketed at black communities in the US: roughly 85 per cent of black smokers buy menthols, against some 30 per cent of white smokers, according to the FDA.

“Despite the tremendous progress we’ve made in getting people to stop smoking over the past 55 years, that progress hasn’t been experienced by everyone equally,” Zeller added.

The announcement is just the first step in a regulatory process that is expected to take years, and tobacco groups are likely to fight it. It is not the first country to go down this route — menthol cigarettes were banned in the EU and UK last May.

Altria, which makes Marlboro cigarettes, said that while it shared the goal of transitioning smokers to less-harmful alternatives, “prohibition does not work”. The US-based group said it would “continue to engage in this multiyear process”.

British American Tobacco disputed the scientific accuracy of studies that the FDA based its decision on, arguing that it would participate in the “rulemaking process by submitting robust, science-based evidence”.

The UK-based group, which is behind the popular menthol brand Newport, has previously said 91 per cent of menthol smokers switched to non-menthol cigarettes after they were banned in the EU, while the other 9 per cent switched to menthol-flavoured vaping devices. 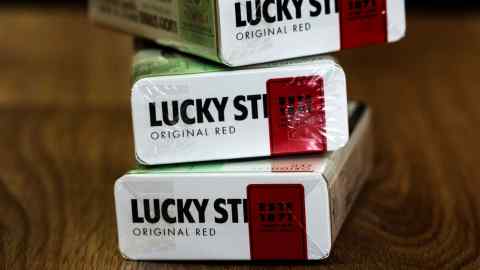 Shares in BAT were down more than 2 per cent on Thursday afternoon, with a 1 per cent drop in Altria and Imperial Tobacco stocks have been under pressure for a few weeks amid speculation that the FDA was moving to propose a ban.

Owen Bennett, analyst at Jefferies, said he was “fairly relaxed” about the FDA’s proposal. “Today’s update is still not proposed rules but the commitment to issue proposed rules [and it] will be years before a final rule,” he added.

The FDA’s action came in response to a lawsuit filed by the African American Tobacco Control Leadership Council and the Action on Smoking and Health, which sued the agency over its failure to respond to a citizen petition from 2013 that urged it to ban menthol cigarettes.

Get monetary savings (and keep linked) with one of the best...

These are the ‘Greatest Leaders’ in Asia-Pacific