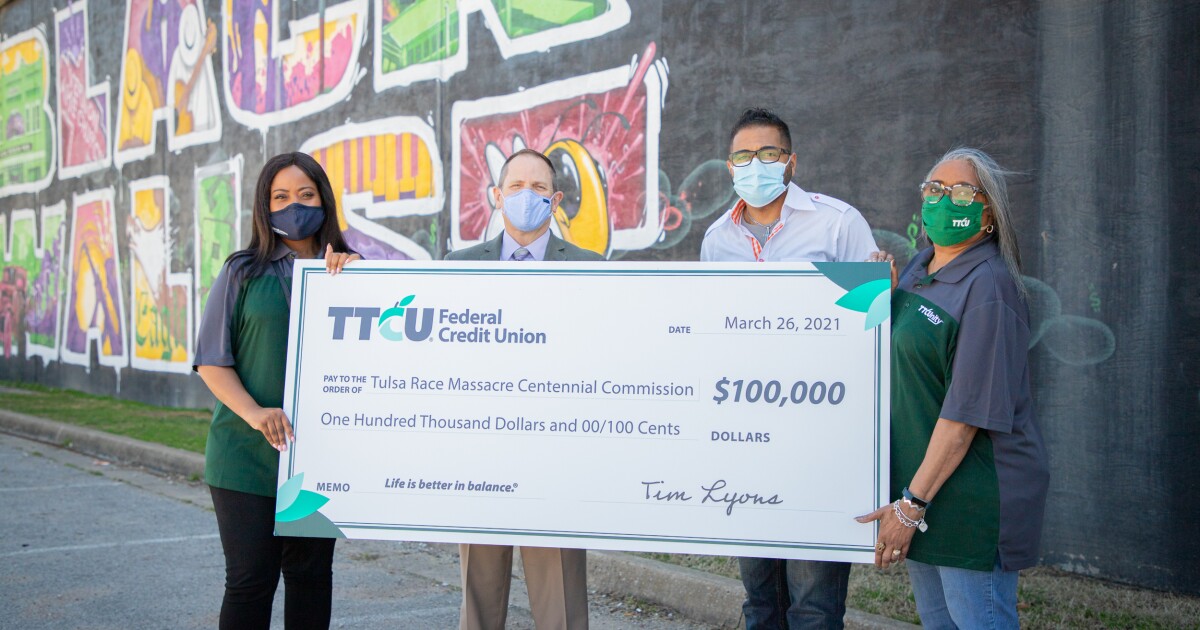 TTCU Federal Credit score union in Tulsa, Okla., will donate $100,000 over the following 4 years to the 1921 Tulsa Race Bloodbath Centennial Fee and Greenwood Rising, an area historical past heart.

The $2.4 billion-asset credit score union mentioned the middle will honor the legacy of Black Wall Road earlier than and after the bloodbath. It’s underneath development with a scheduled public opening in June, TTCU mentioned in a press launch.

The 1921 incident, by which a white mob attacked residents, houses and companies within the predominantly-black Greenwood neighborhood of Tulsa, is taken into account one of many worst incidents of racial violence in U.S. historical past.

The donation is the most recent instance of credit score unions contributing philanthropic {dollars} towards causes that advance problems with racial justice, and variety, fairness and inclusion.

“Greenwood Rising will turn into probably the most transformative initiatives for our metropolis and nation, main the way in which in the direction of better racial therapeutic and justice,” TTCU President and CEO Tim Lyons mentioned within the launch. “We predict it’s essential to be taught from the previous in addition to sit up for the longer term, and we’re very honored to assist help this very important effort.”

The 1921 Tulsa Race Bloodbath Centennial Fee goals to teach guests in regards to the bloodbath and its influence on the state and nation whereas additionally remembering its victims and survivors, amongst different targets.

“We’re grateful for the monetary help of TTCU to assist us construct Greenwood Rising,” mentioned Phil Armstrong, undertaking director of the fee. “These funds get us nearer to our fundraising aim to finalize the customer choices inside the historical past heart and supply programming to facilitate the reconciliation and therapeutic course of.”

TTCU earned $23.2 million in 2020, in contrast with $17.4 million the 12 months earlier than, in line with name report information from the Nationwide Credit score Union Administration.