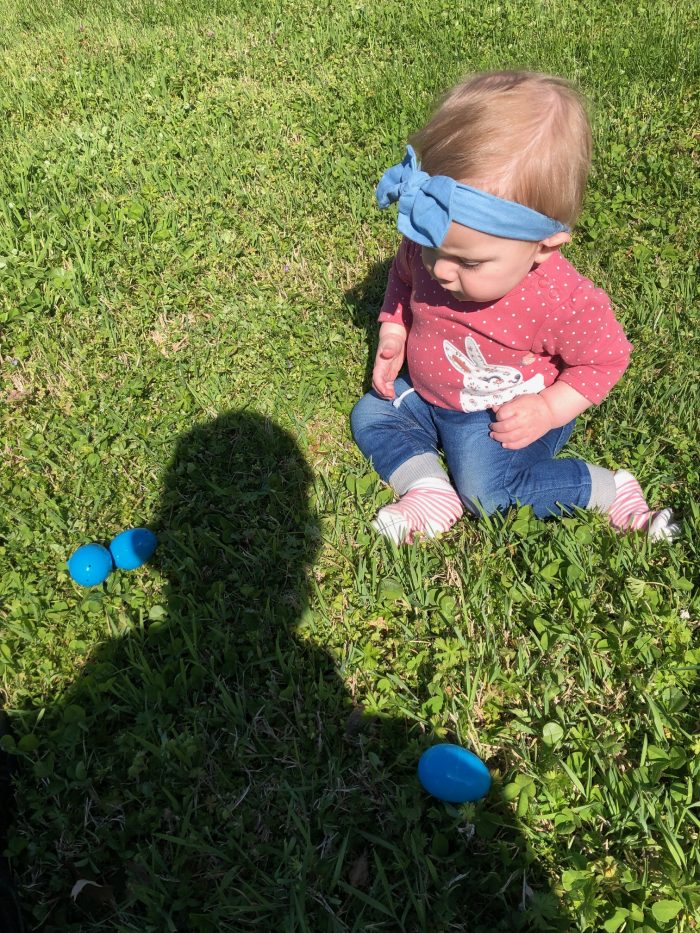 Add to my favorites

We helped out at an Easter Hunt for local foster families and DCS families. Kierstyn didn’t quite know what to think. 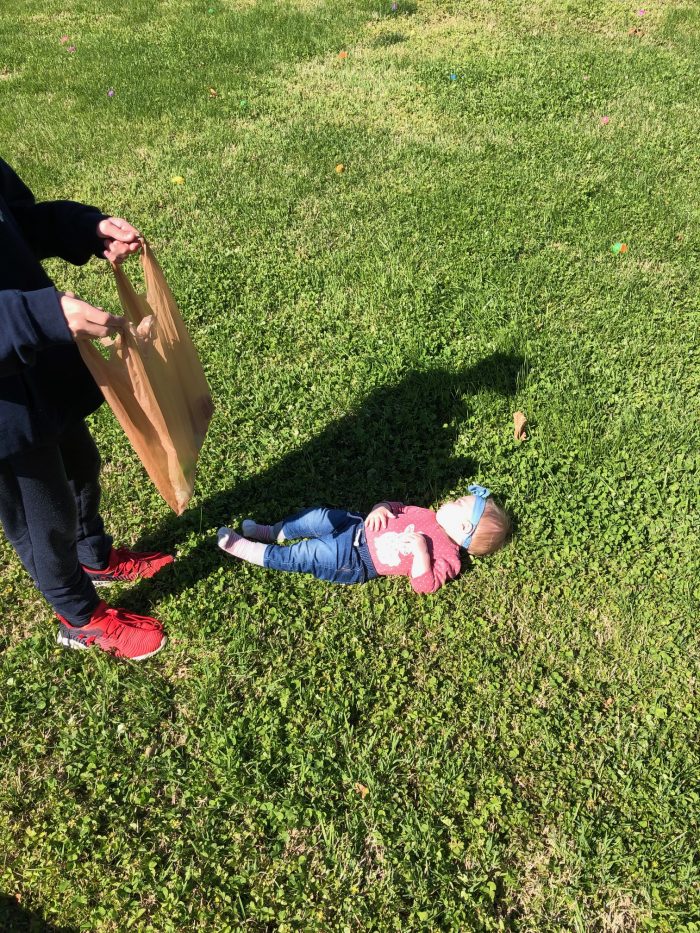 She ended up lying down in the grass for part of it! We laughed that she was sun-bathing instead of collecting Easter Eggs. 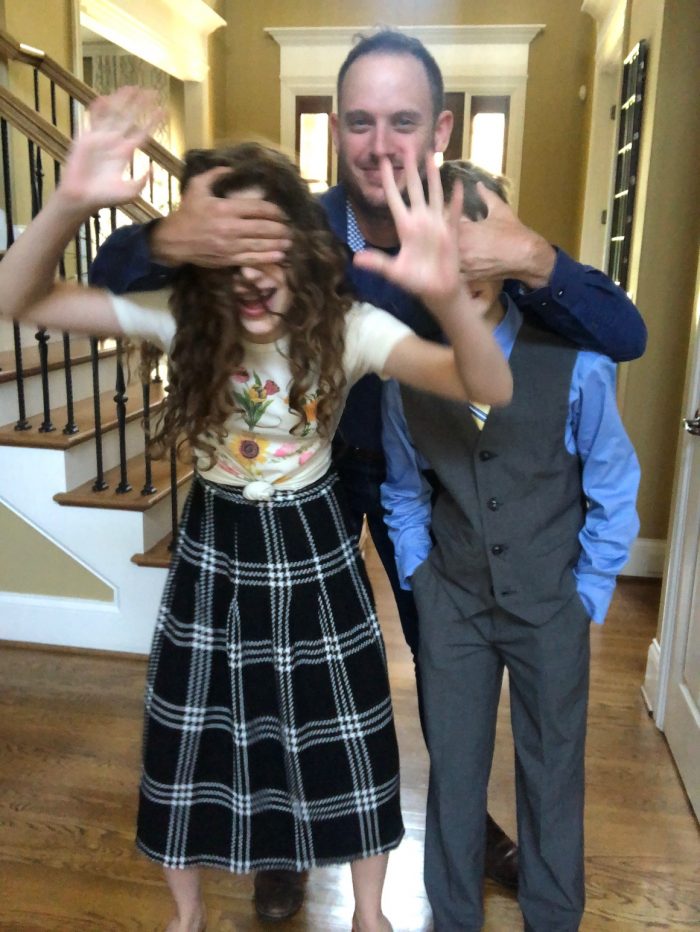 We also tried to get family pictures on Easter. 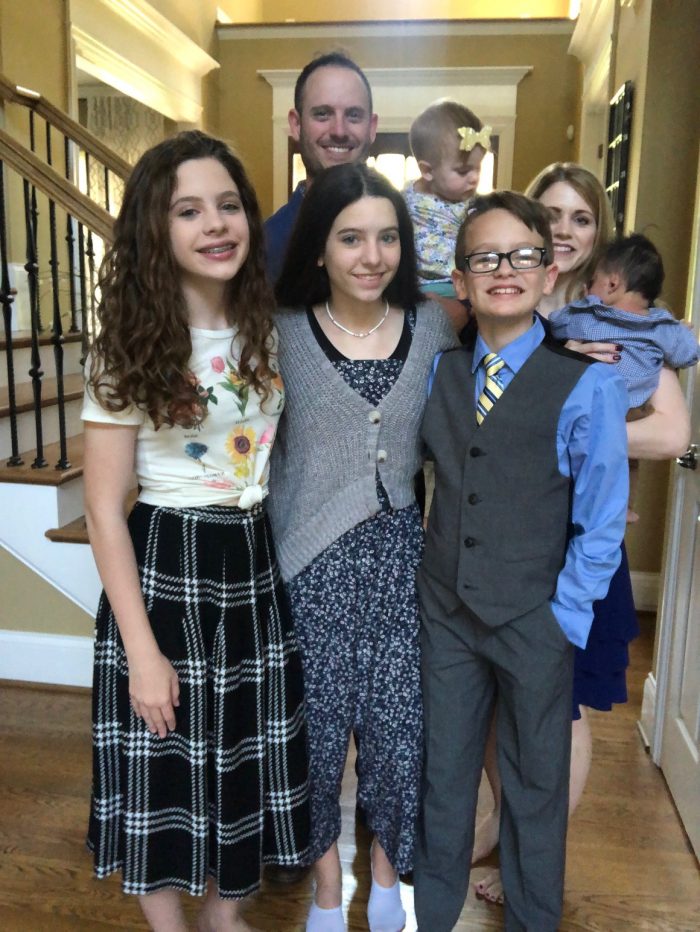 That was quite the ordeal — as you can read about here. 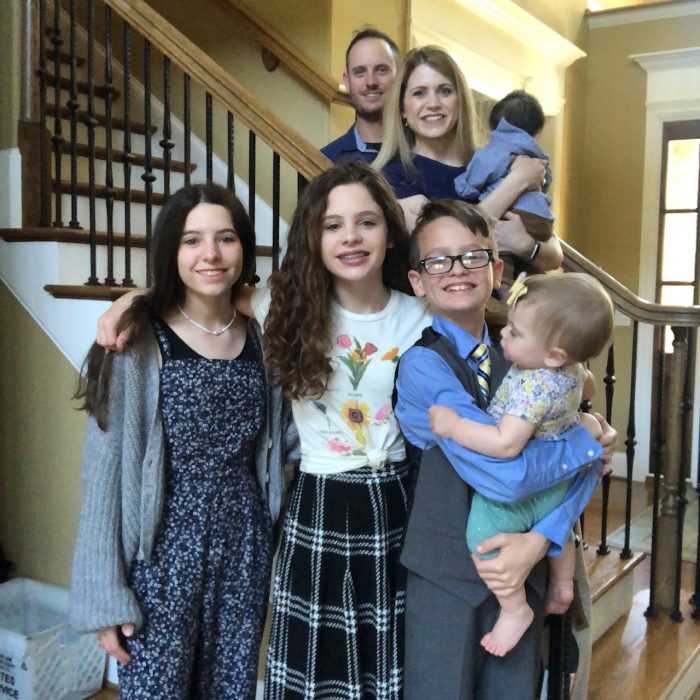 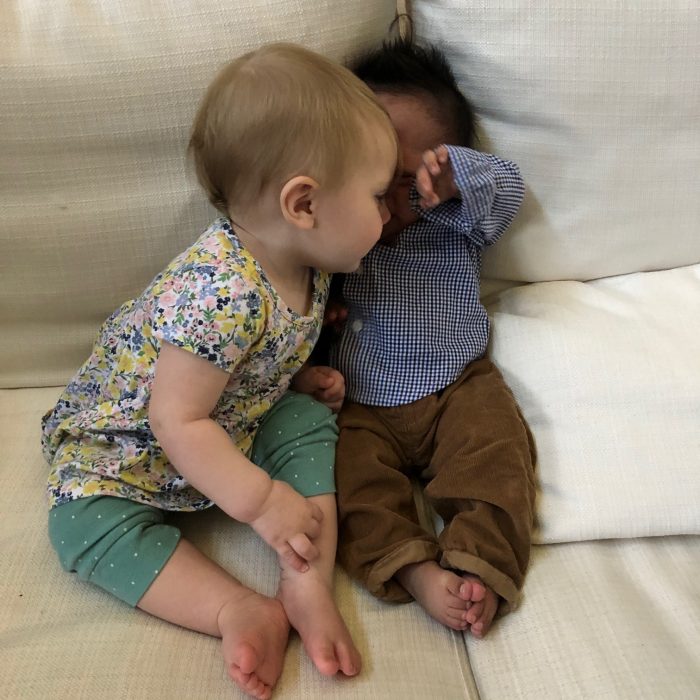 Baby D had his first big cleft surgery — this one to repair his cleft lip. 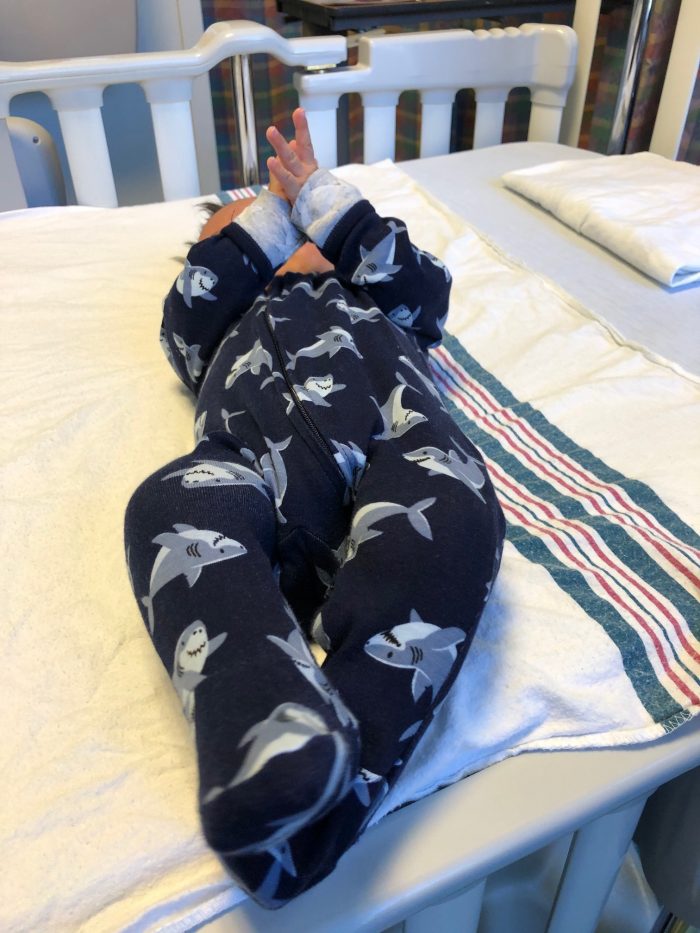 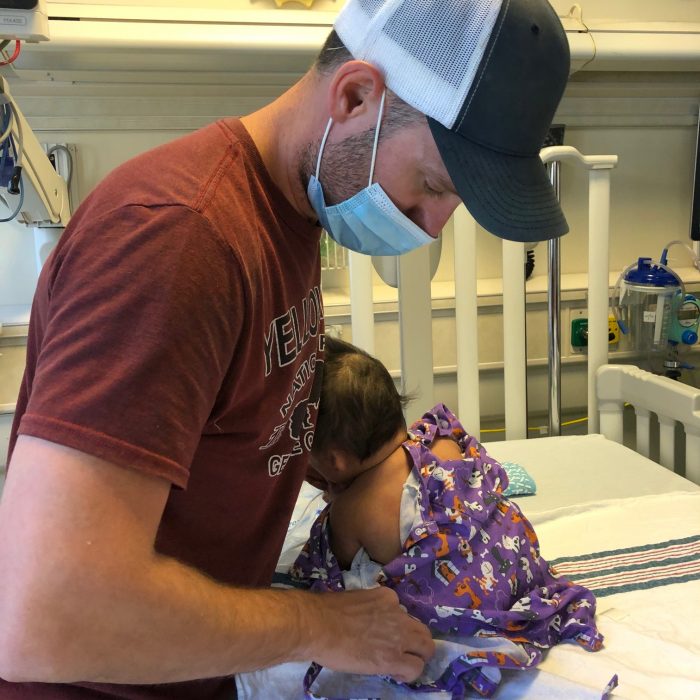 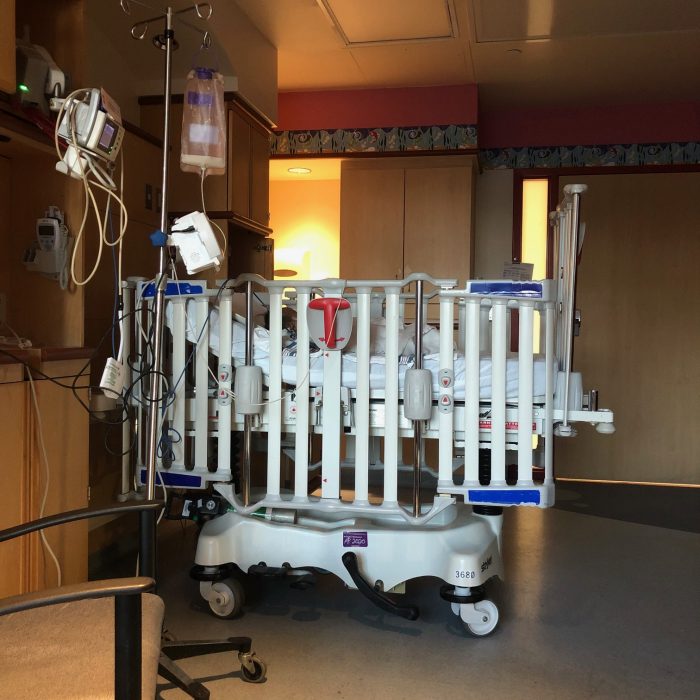 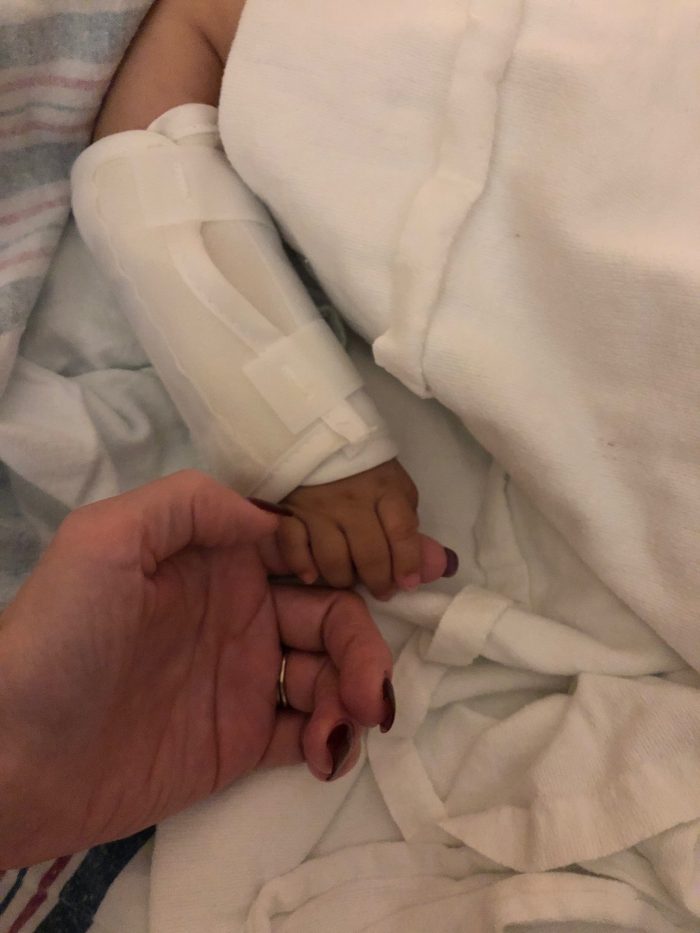 He had some complications after the surgery and ended up needing to stay in the hospital for longer. (Mostly just that he had a little trouble after the sedation to be able to breathe on his own, so he needed supplemental oxygen for an extra day and a half.) 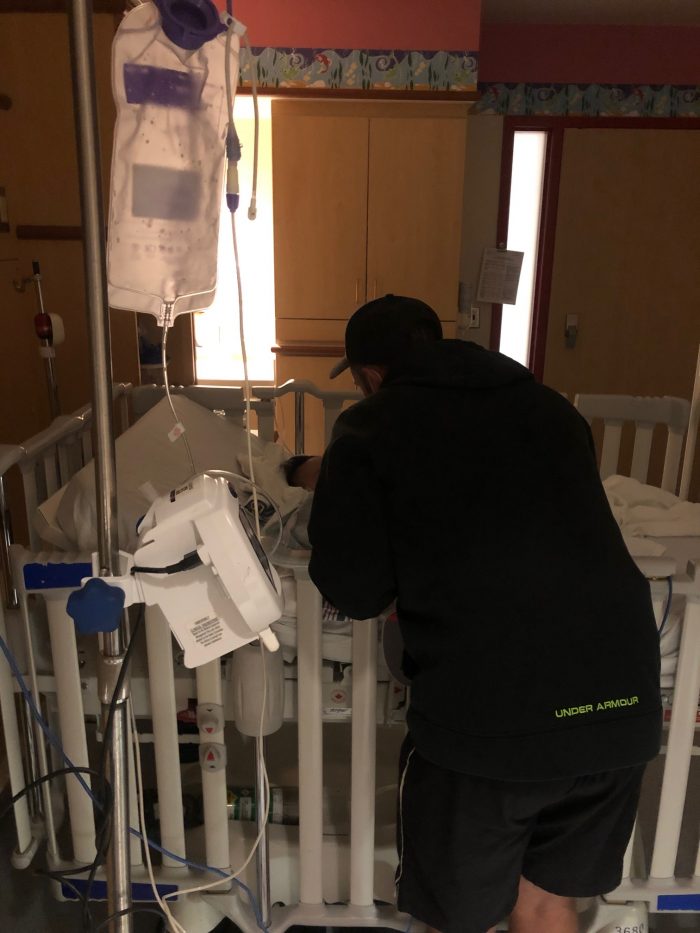 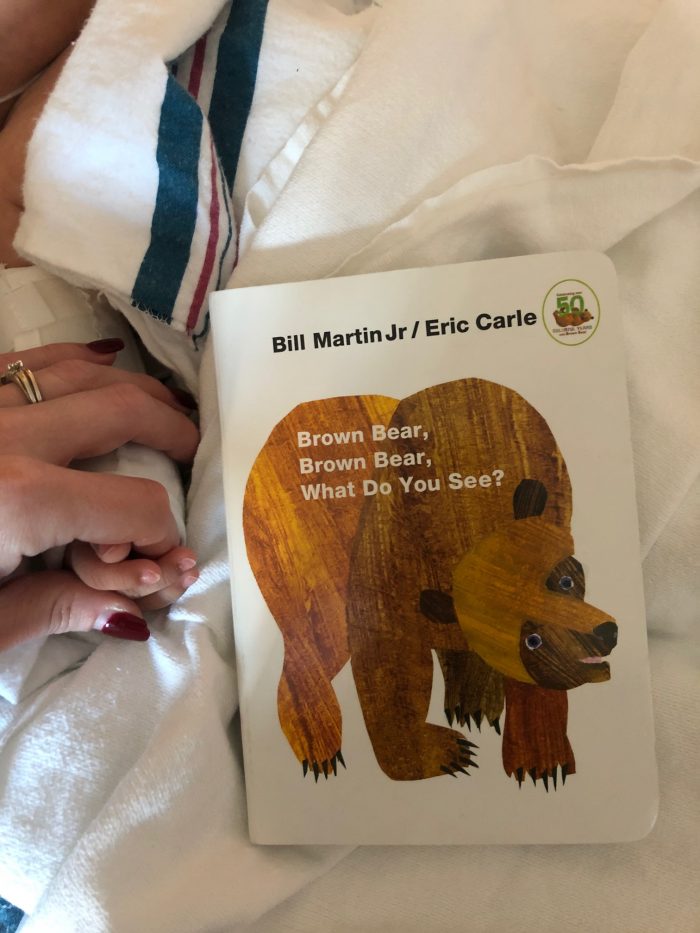 One of his favorite books! (And a sweet follower sent us the Spanish version, too!) 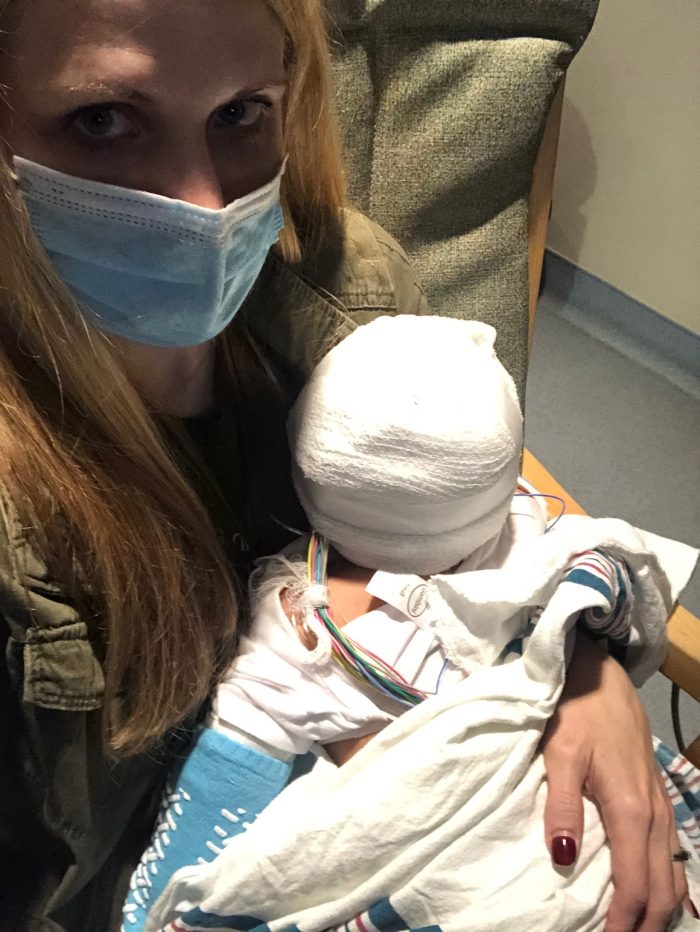 There were some additional concerns when we were staying at the hospital, so they ended up doing an 18-hour EEG (this is the back of his head, by the way — when I posted this picture on Instagram, so people were concerned that his face was wrapped up!) 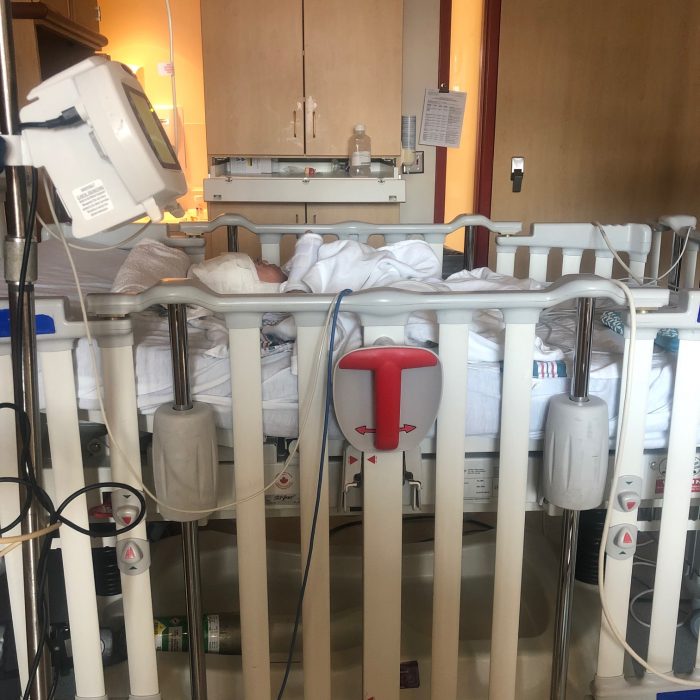 It was so hard to have him all hooked up to so many wires for hours. Gratefully, he slept through some of it and they allowed me to hold him for some of it, too. He was SO happy to get all of the wires off, though! 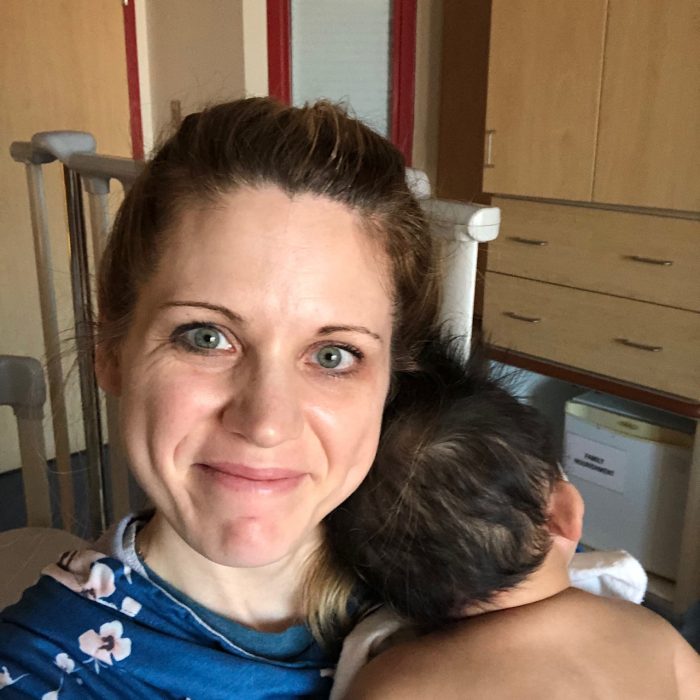 After a day and a half in the hospital, Baby D took a huge turn in the right direction! Not only did his levels stop tanking when they took off the oxygen, but they EEG was completely normal!

Even better than both of those things, early Wednesday afternoon, our boy “woke up” — he started smiling and talking to me instead of just fussing and acting agitated and confused and out of it!

I could barely contain the tears! I didn’t realize how much I’d been holding my breath for two days — concerned that something was really wrong since he wasn’t acting like he knew me at all and hadn’t really been interactive at all except to be make it clear he was in a lot of pain and frustrated.

I FaceTimed Jesse so he could see and said all emotional, “Our boy is back!” He then proceeded to talk and smile with Jesse, too!

Since he did so well the entire day and was able to maintain good O2 levels without supplemental oxygen, he got to come home last night!!! We are so thrilled and grateful. And so humbled by the outpouring of prayers and support from you all! Thank you seems inadequate! 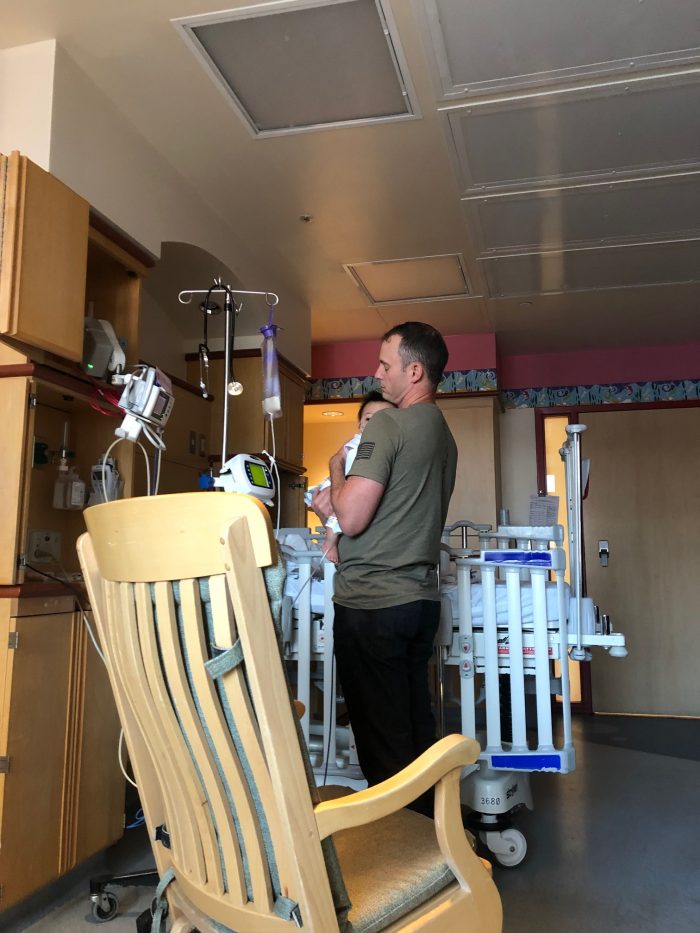 I feel like God is growing my compassion and empathy so much through this. The past few days were a tiny drop in the bucket compared to so many families we saw and interacted with at Vanderbilt. I spent a lot of time at the hospital thinking and praying for other mamas and daddies sitting at hospital bedsides.

Since we are likely going to be spending our fair share of time at the hospital over the next few years, I started keeping a log of things I learned/want to remember for next time:

1) Get showered and dressed by 6 am. Otherwise, it probably won’t happen!

2) Bring your own pillow, blanket, body wash, and towels.

5) Make it your goal to encourage and show gratitude to every person who steps into your room. Working at a hospital is hard — do all you can to make the staff’s job as enjoyable as possible.

6) If you have an opportunity to eat or drink or walk outside your room for a minute, take it. You never know when you’ll get the next chance. (What other tips would you who are pros add to my list?) 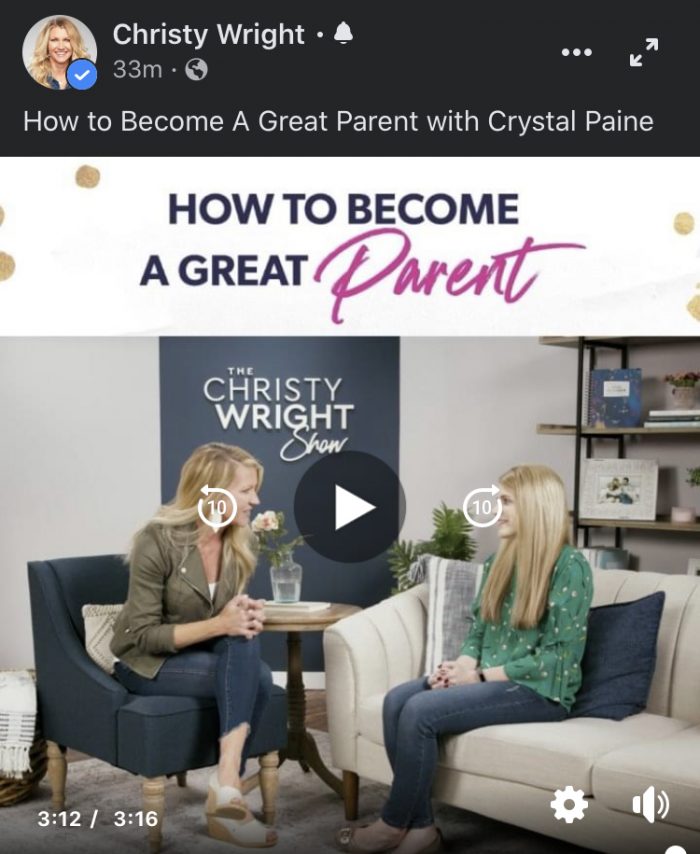 I was so honored to be on The Christy Wright Show recently! (You can watch it here.) 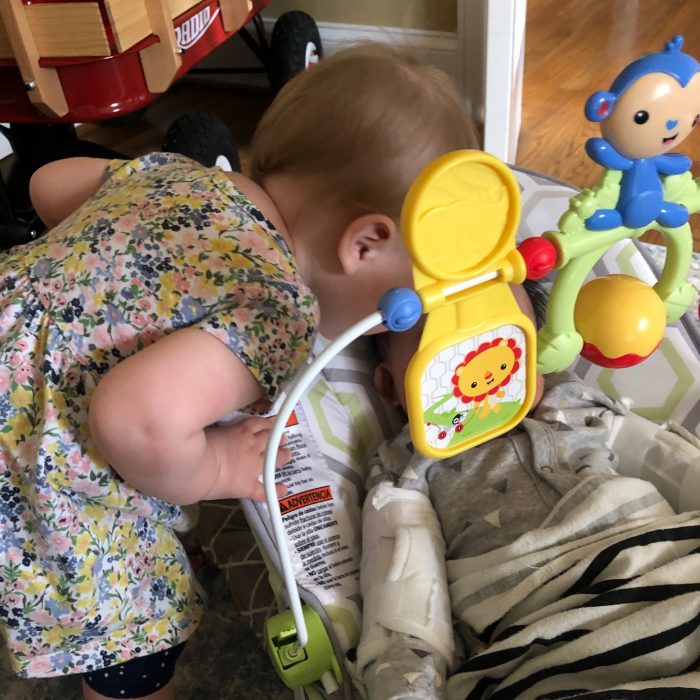 Kierstyn was so happy for Baby D to get HOME from the hospital! 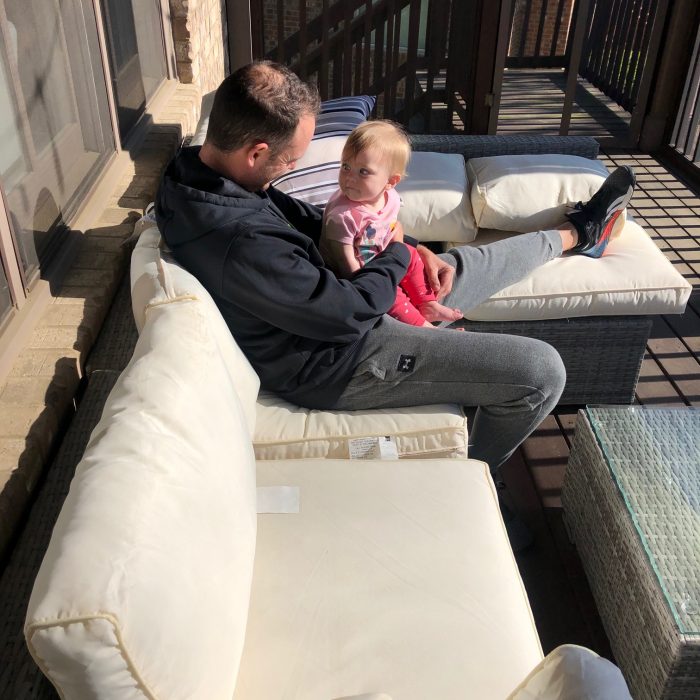 I love the sweet relationship these two have. 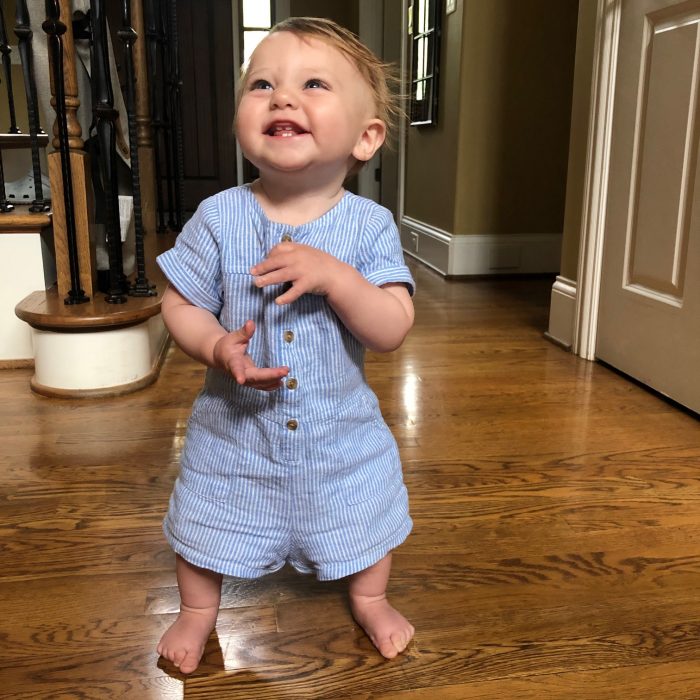 This is one of my favorite pictures I’ve ever taken of her. It captures her personality so perfectly. She brings so much joy to our home! 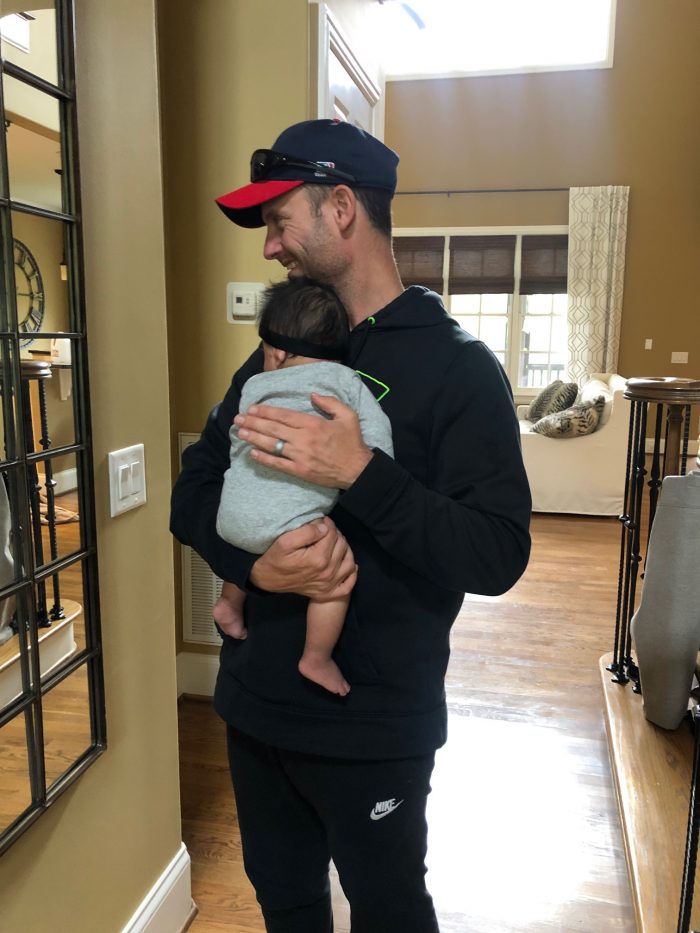 Watching my man fall in love with this sweet boy warms my heart so much!

Subscribe for free email updates from Money Saving Mom® and get my Guide to Freezer Cooking for free!

Three Reasons Why the Biden Tax Increase Makes No Sense |...

How I Prep Lettuce for a Week of Salads | Money...